Zymergen, a science and materials innovation company based in California, integrated dozens of Meca500 robots to automate experiments in their life sciences facility. Zymergen needed a lab automation solution that was flexible, reliable, fast, easy to program, and that could maximize throughput. The Meca500 was integrated into a modular automation system which lowered costs and cut integration times eightfold compared to that of other solutions. It also maximized flexibility and enabled maintenance-free operation.

Zymergen needed accurate and reliable robots to automate laboratory processes which included the transfer of microtiter plates between various life-science instruments. Their goal was to develop a modular automation solution that could easily adapt to frequently changing processes, teams, and laboratory space constraints. The solution had to maximize throughput while remaining versatile, user-friendly, and easy to program.

Prior to integrating the Meca500, Zymergen had integrated life-science instruments using large robots that serviced numerous instruments. However, these robots were unsuitable for a modular application; their large footprint and high cost limited their flexibility, speed, throughput, and scalability.

Zymergen explored several other solutions. These included building robots in-house and working with vendors to design robots using their off-the-shelf parts. Since discovering the Meca500, however, Zymergen “decided to stop both of these projects, because the Meca500 was doing so well and it was coming at a very competitive price,” says Jay Davey, a senior automation engineer at Zymergen.

Equipped with the Meca500, Zymergen developed Reconfigurable Automation Carts (RACs) — a new, modular automation system for their future production line. “We really like this robot, because of its compact size,” says Davey. The robot’s diminutive size enabled effective distribution of the system’s throughput workload. “We’ve done extensive testing to make sure that these robots are up to the task and we are very happy with what we’ve seen,” explains Davey.

The Meca500 is used to pick and place microtiter plates into life-science instruments. The system is designed to employ one robot per instrument, which enables a higher throughput and more reliable system. Aside from building custom grippers with a linear rail guide, no other modifications were needed for the integration.

“We arrived at Mecademic’s Meca500, because it was a good price, it was very accurate, and it really fit the bill for what we were looking for as well as increasing reliability,” says Davey.

Working with life-science instruments of various sizes and shapes required high flexibility, which was achieved by mounting the robot in various ways. “One of the things we like about the Meca500 robot is how easy it is to mount it in different orientations…Mounting in any orientation is crucial to being able to use the robot in so many different places,” says Davey. Zymergen’s next step involves employing additional Meca500 robots and mounting some of them on vertical linear guides.

Using the Meca500 shortened integration by nearly eight times compared to other solutions. “We had a very good experience integrating the Meca500 robot. We effectively wrote software to control it in coordination with other life-science instruments within a month or two. By comparison, a lot of the custom robotics solutions required hardware and software efforts that lasted many more months - perhaps six to nine months - to arrive at something that was not nearly as good quality as what we have with the Meca500” says Davey.

Using the Meca500 has enabled Zymergen’s automation engineers and scientists “to think a lot more about both the planning and the data produced rather than managing the nitty-gritty details,” says Peter Kelly, an Automation Scientist at Zymergen. The Meca500 enabled 24/7 maintenance-free operation, removing the need to manage equipment staging, movement between pieces of equipment, and equipment scheduling time.

“The reason we have so many Mecademic arms in this system is because as an end-user, I’m looking for reliability of transfer, consistency of the pick and place, and not needing to think about the arm,” says Kelly. Indeed, the best automation solution is the one you can forget about. 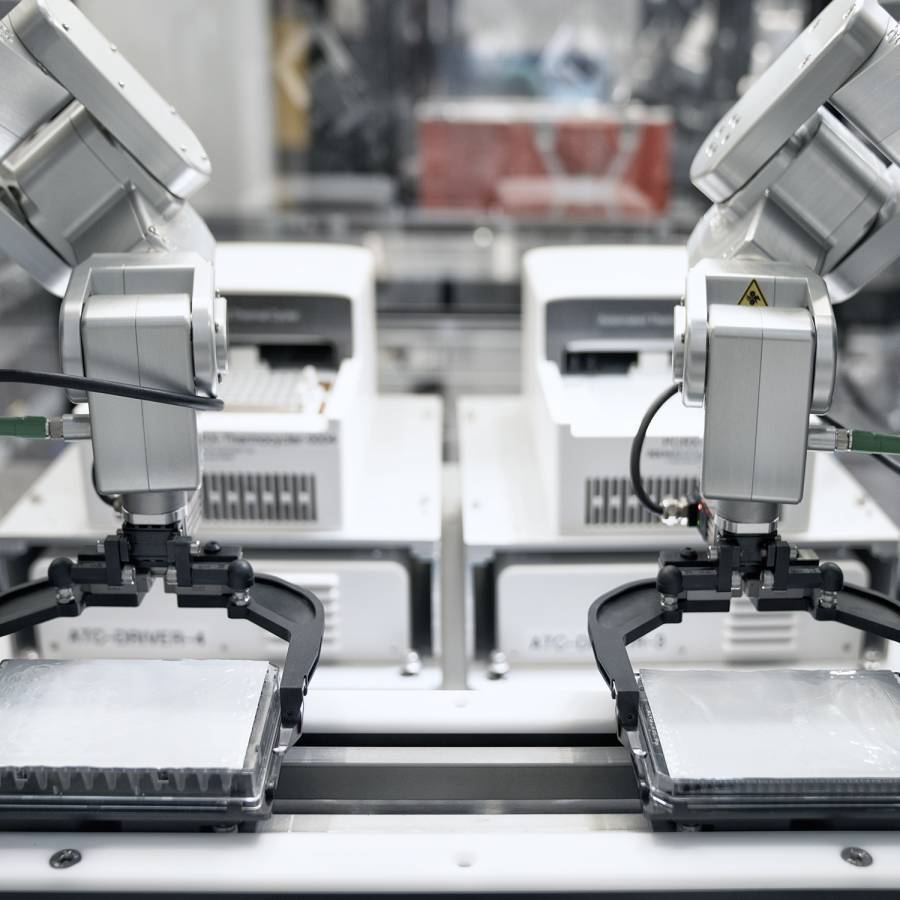 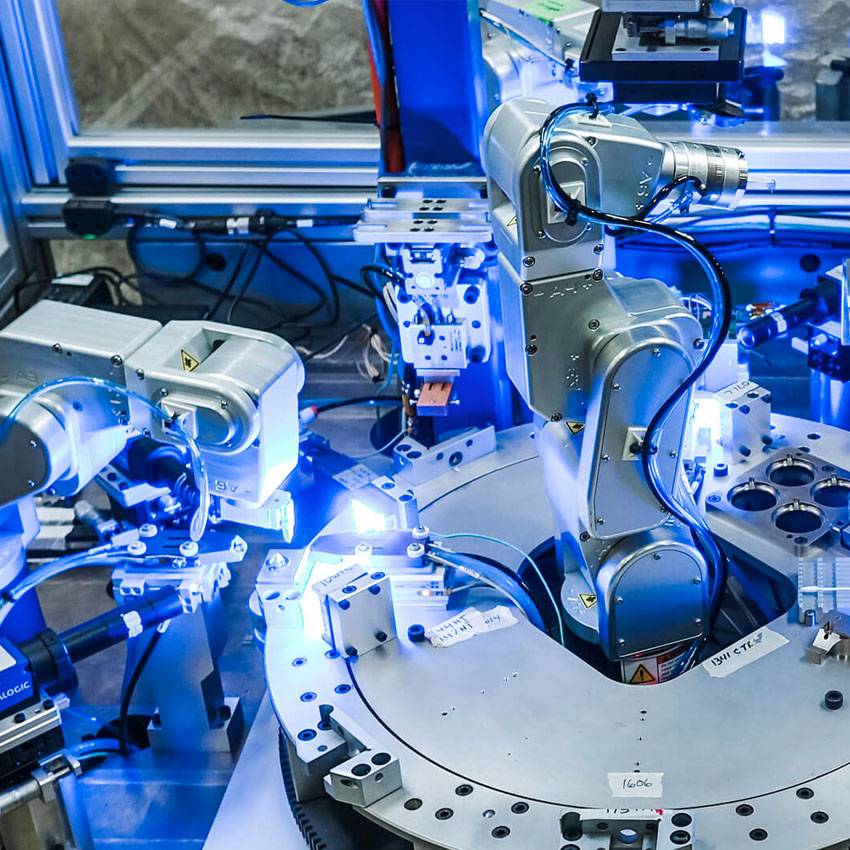 SDC relies on Meca500 robots to increase throughput by 500% 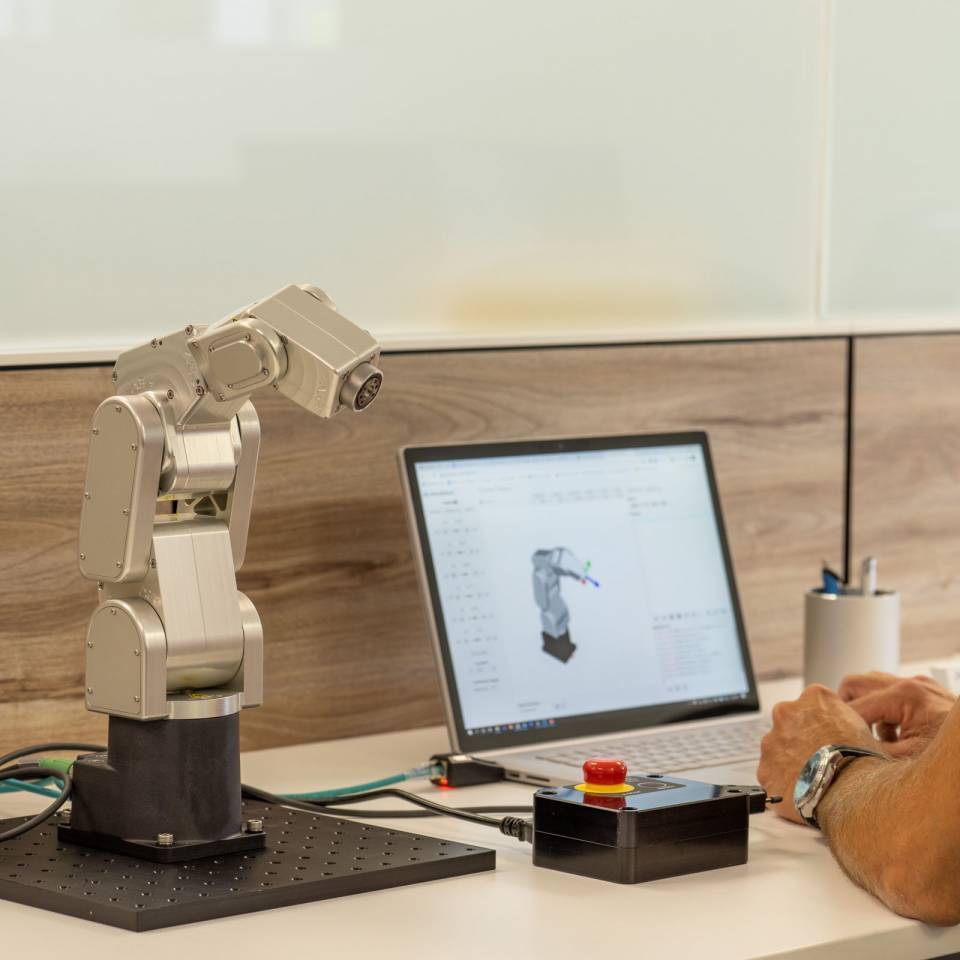 How to Use Manufacturing Robots With No Programming Training